$13,000 in Donations Given to 8 Shrewsbury Organizations 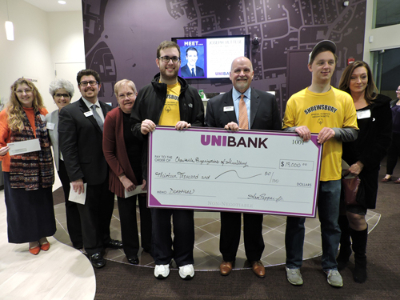 November 15, 2017 marked the final date to vote in UniBank’s Community Giving program at the bank’s Shrewsbury branch. The program,

which began on October 4, was the bank’s way of celebrating the Grand Opening of its Shrewsbury branch while offering support to Shrewsbury organizations. The Bank hosted a wrap-up event with the organizations on Wednesday, November 15 to announce the results.

UniBank’s Community Giving program has encouraged customers and the general public to come vote from a selection of eight community organizations that were identified by UniBank. In total $13,000 was pledged to the Shrewsbury community as part of the program.

The results announced at the event were as follows: