UniBank in Whitinsville, MA Names A New President and CEO 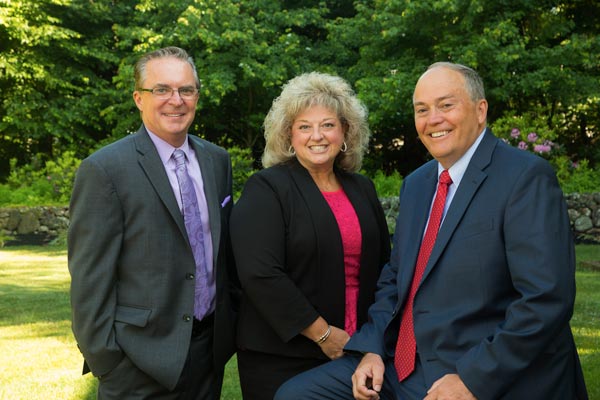 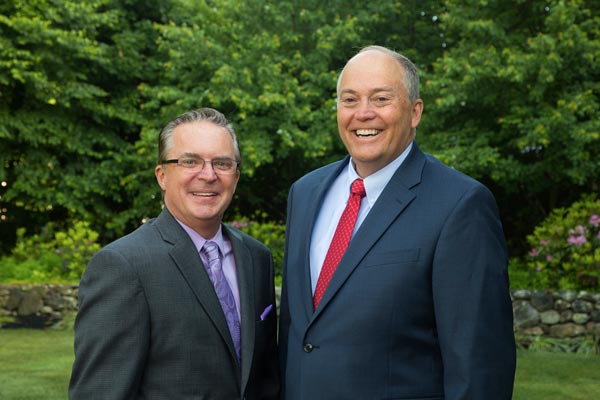 ``We are incredibly excited that our new executive team brings together two talented people whose outstanding skills complement one another so well,’’ said Timothy P. Wickstrom, chairman of UniBank’s board of directors. ``With Michael Welch’s track record of leadership and deep roots in the community, and Christopher Foley’s broad experience in banking, we have a combination that will preserve our values, continue our mission and take us to a new level of growth.’’
“This is a brilliant decision, to combine the talents of two of the area’s most respected individuals to lead a well-regarded financial institution,” said Denise H. Brookhouse, CFO of Koopman Lumber and a UniBank board member. “It’s an incredibly powerful leadership team, with local roots, financial services expertise and sterling reputations in the community.”

Welch comes to the job with a long history of running educational institutions and strong ties to Central Massachusetts. A Worcester native, he graduated from St. John’s High School in Shrewsbury and later returned to serve 15 years as the school’s headmaster. In that role he oversaw a successful capital campaign, boosted financial aid and scholarships and dramatically upgraded facilities.

He is a graduate of Marquette University and holds two graduate degrees from Boston College.
Welch also worked as a teacher and fundraiser for the Red Cloud Indian School in Pine Ridge, South Dakota, one of America’s poorest communities. Most recently he served as special assistant to the school’s president.

``I am excited to come home to the community where I grew up,’’ said Welch. ``This is a unique opportunity for me to work with some of the most experienced and dedicated banking professionals in the region. I plan to help strengthen the connections with our customers and build new relationships as we continue to grow.‘’
Foley, who has 33 years of banking experience and has been at UniBank since 2000, will continue to run the day-to-day business of the bank - his area of exceptional expertise.
``This bank is small enough to have personal connections with our customers and big enough to give them all the modern banking tools they need,’’ said Foley. ``I look forward to working with Michael to build on what we have already created.’’
Foley has been a resident of the Blackstone Valley for 20 years. He is active in the community and serves on a number of non-profit boards, including Milford Hospital Healthcare Foundation and the Blackstone Valley Educational Foundation. He has a bachelor’s degree from Bentley University and an MBA from Suffolk University.
“Michael Welch brings an incredible reputation and record of success to UniBank, and I’m thrilled that he’s agreed to join the team,” said John Andreoli, a UniBank board member, longtime Worcester business leader, and coach of St. John football team. “I’ve known Michael for decades through St. John’s and the Worcester business community, and I’m confident he has the right skills and talents to lead UniBank into the next phase of its growth.
“He’s a different kind of leader for a different kind of bank.”

UniBank, which will celebrate its 150th anniversary next year, serves Central Massachusetts, Metro West, the Blackstone Valley and beyond. The bank provides a range of services to businesses and consumers.
UniBank is one of the few community banks with a unit devoted exclusively to providing services to municipalities and other governmental agencies. Executive Vice President Justine DeNorscia will continue to lead the municipal and governmental services business.
UniBank is rooted in the Blackstone Valley with assets of $1.8 billion as of March 31, 2019. A full-service, mutually owned community bank, UniBank has branches in Central Massachusetts and the MetroWest region of Massachusetts. UniBank newest full-service branch is located at 193 Boston Turnpike (Route 9) in Shrewsbury (at the former site of Spag’s). UniBank is dedicated to contributing to the overall quality of life and economic health of the communities it serves, while maintaining a high level of financial soundness and integrity. UniBank is an Equal Housing Lender and Member FDIC and Member DIF. UniBank NMLS #583135. The company website is www.unibank.com.